(850) 877-0215 chaneydental@gmail.com
Our expert team of dentists in Tallahassee ensure your dental experience is the best it can be. Dr. Couch has been known to have his patients laughing and completely at ease, while Dr. Chaney keeps the patients smiling with his smoothness and charm. All of our dentists and team make it an experience you can look forward to – and a place where our experienced team delivers top-notch care paired with the latest technology. 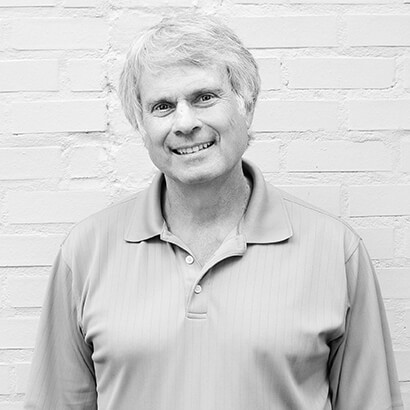 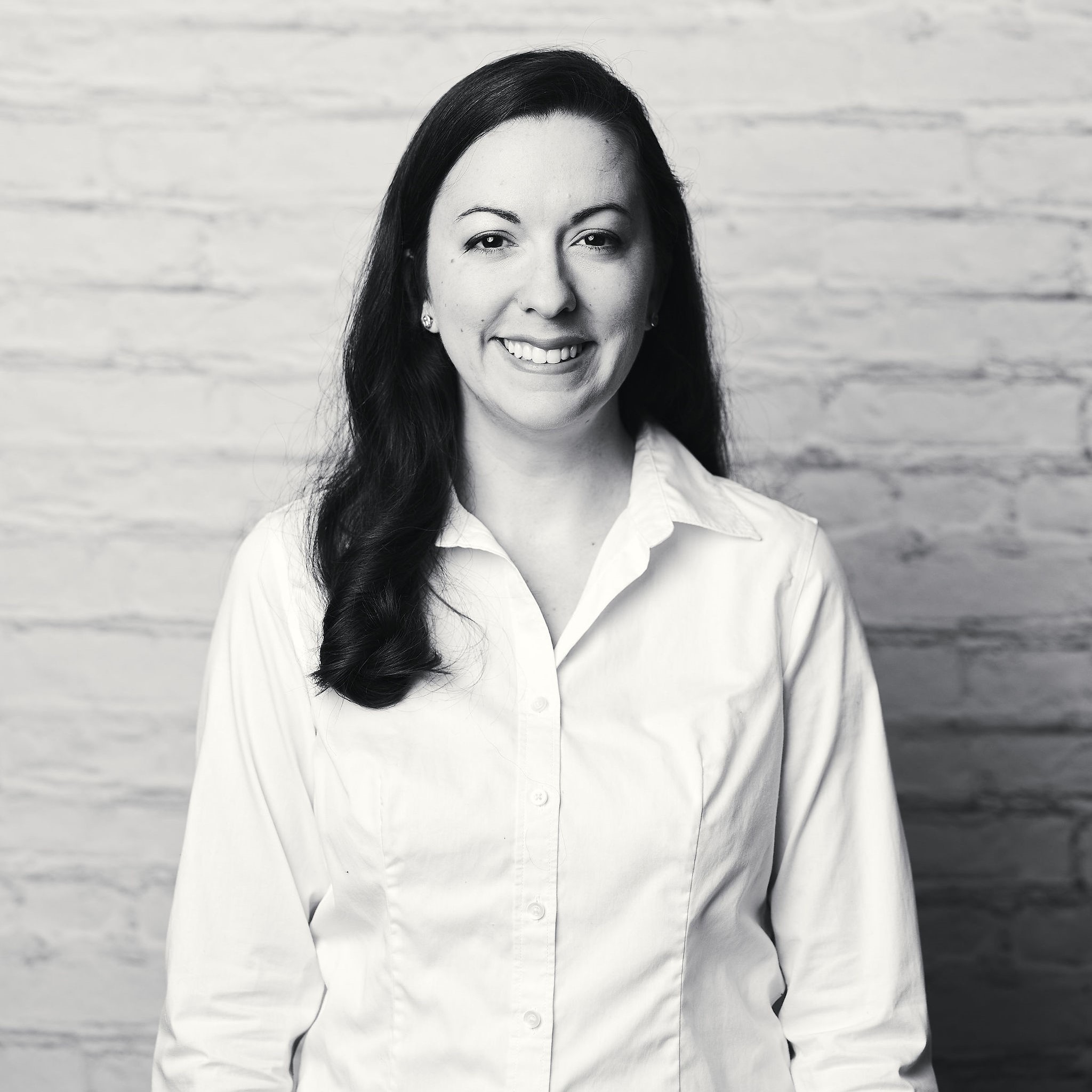 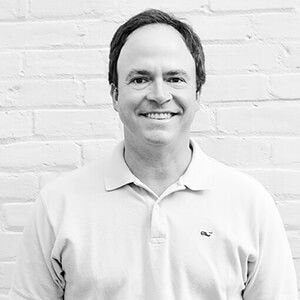 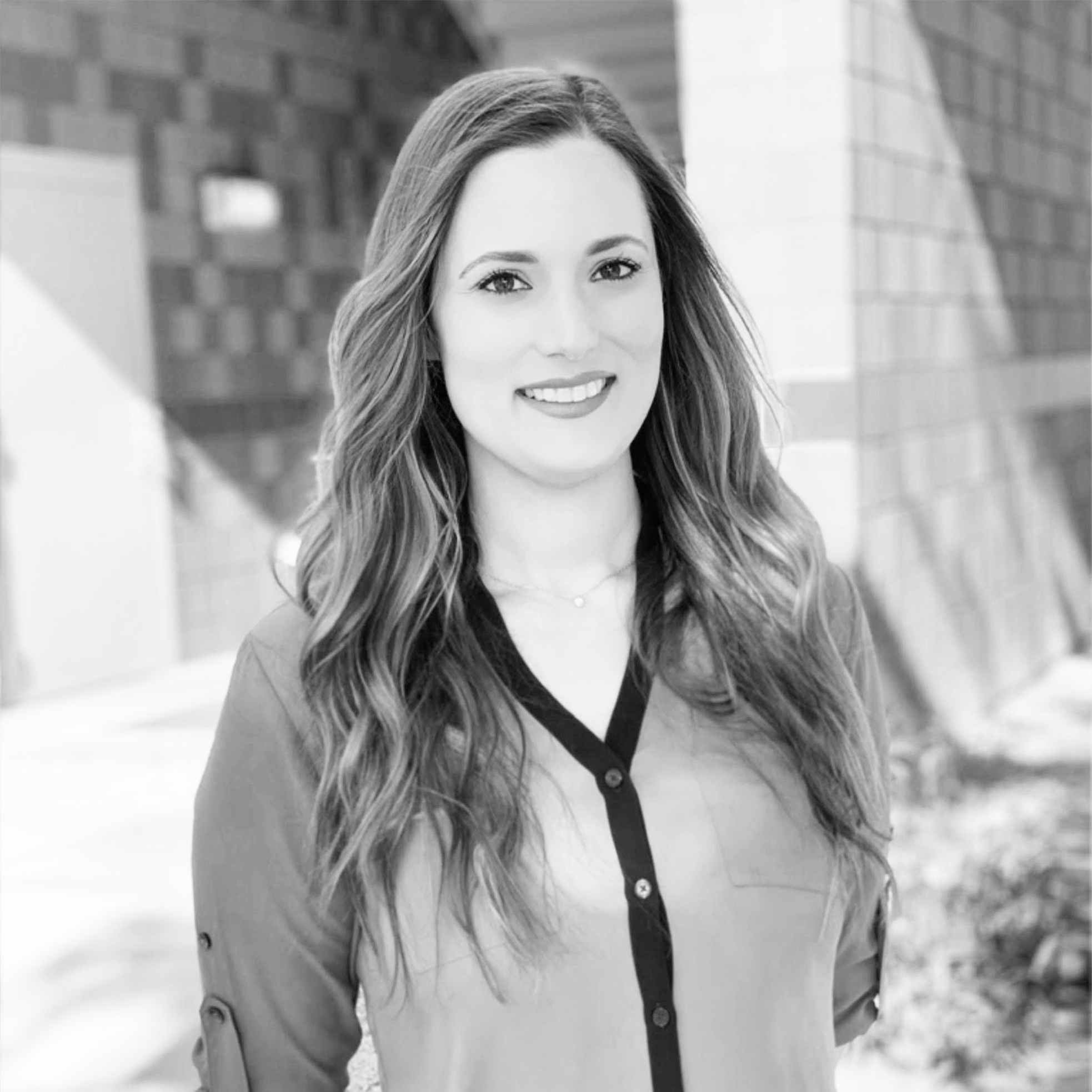 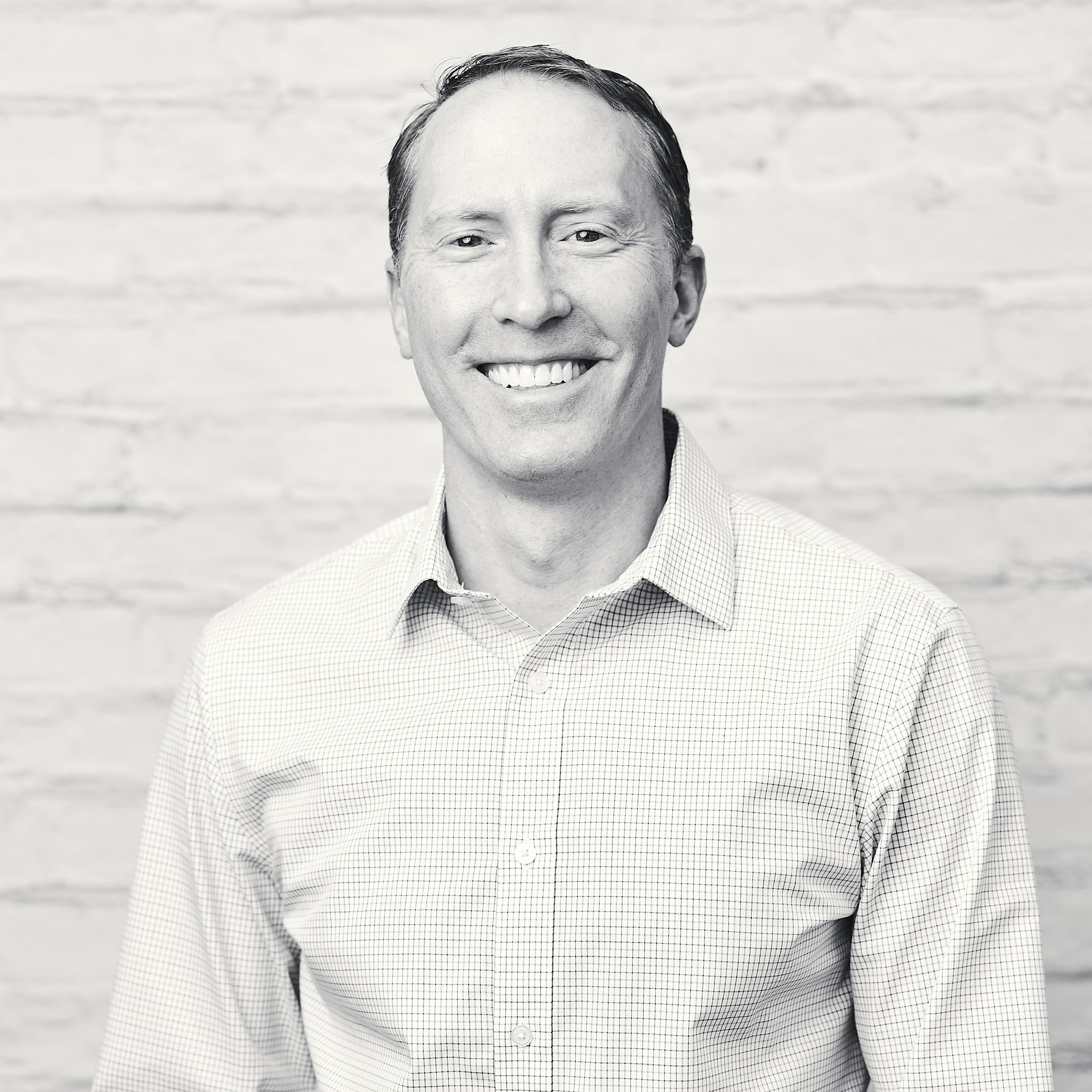 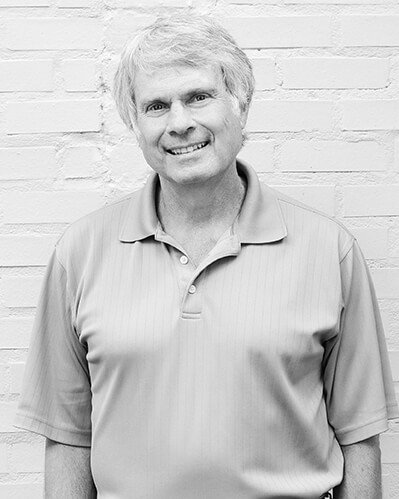 Dr. Chip Chaney founded the dental office more than 30 years ago and had focused on building a team that provided quality dental care and personalized service ever since the beginning. Dr. Chaney graduated from the University of Florida College of Dentistry. Dr. Chaney’s emphasis on patient comfort as well as keeping up-to-date with the latest advancements in dentistry enable him to provide his patients with the best quality of care in the field. He has a wide range of experience in different areas of dentistry, from cosmetic and restorative dentistry to surgical treatments and root canal treatments. Dr. Chaney is married to Susie Chaney and they enjoy spending time with their daughter Tabitha. When he’s not in the office, you’ll find Dr. Chaney on the tennis court or out on the golf course.

We are fortunate to have a quality team that works hard for our patients and each other. Some of our employees have worked with us for more than 20 years, while staying up to date on the latest technology. DR. CHIP CHANEY 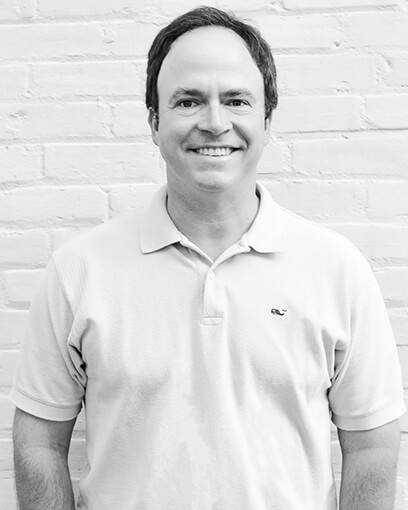 Dr. Cory Couch is a Florida native who grew up knowing he wanted to make everyone as confident as possible by providing a healthy smile. It’s his love of dentistry that drove him to finish his undergraduate at the University of Florida in three years so that he could enter University of Florida College of Dentistry and graduate as the youngest person in his class. He has a wide range of experience in different areas of dentistry, from cosmetic and restorative dentistry to implants, bridges, crowns and root canal treatments. He is married to his college sweetheart Betsy Couch and they enjoy raising their two children in Tallahassee and giving back to the community that has brought them much joy. When he’s not in the office you will find Dr. Couch playing his guitar or out on the golf course.

Our goal is to make you feel at home while providing painless comprehensive dentistry. Dr. Cory Couch 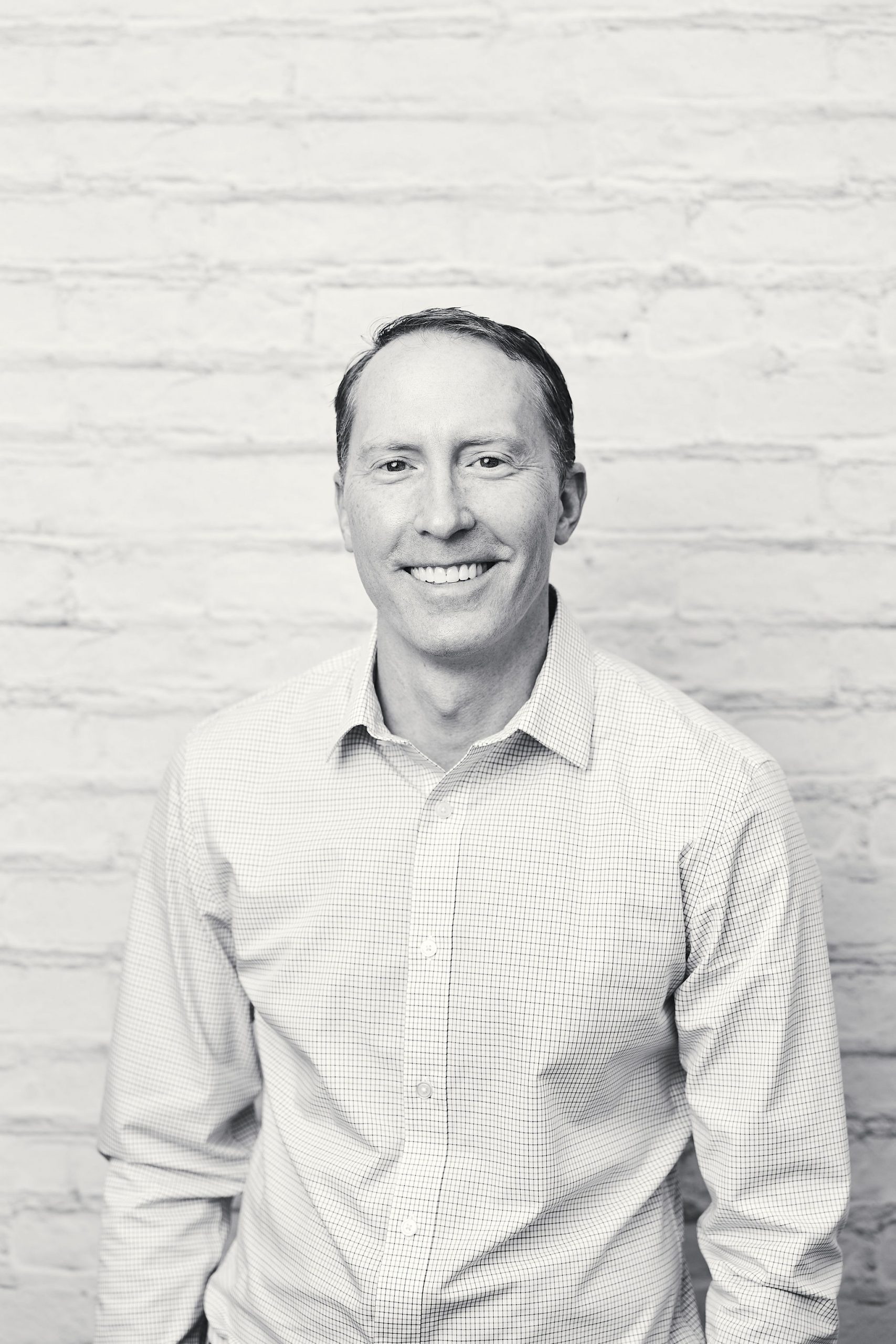 Dr. Jason Carter grew up in northern Maine, where he developed a lifelong love of the outdoors. Longing for a warmer climate, he moved to Tallahassee in 1991 and later earned his undergraduate and graduate degrees from Florida State University. He graduated from the University of Louisville School of Dentistry with high leadership and academic distinction, being named to the Omicron Kappa Upsilon (OKU) National Dental Honor Society. In addition to his skills in restorative dentistry and root canal treatments, Dr. Carter is an experienced Invisalign provider and has achieved additional training in surgical treatments, implants, and cosmetic dentistry. Dr. Carter enjoys spending time with his wife, Angela, and their three children as well as watching classic movies. A former competitive triathlete, Dr. Carter still enjoys a good swim workout, mountain biking, and trail running.

No one should ever dread going to the dentist. Our goal is to provide a pleasant, comprehensive, and personalized dental experience while promoting optimum oral health and a confident smile. 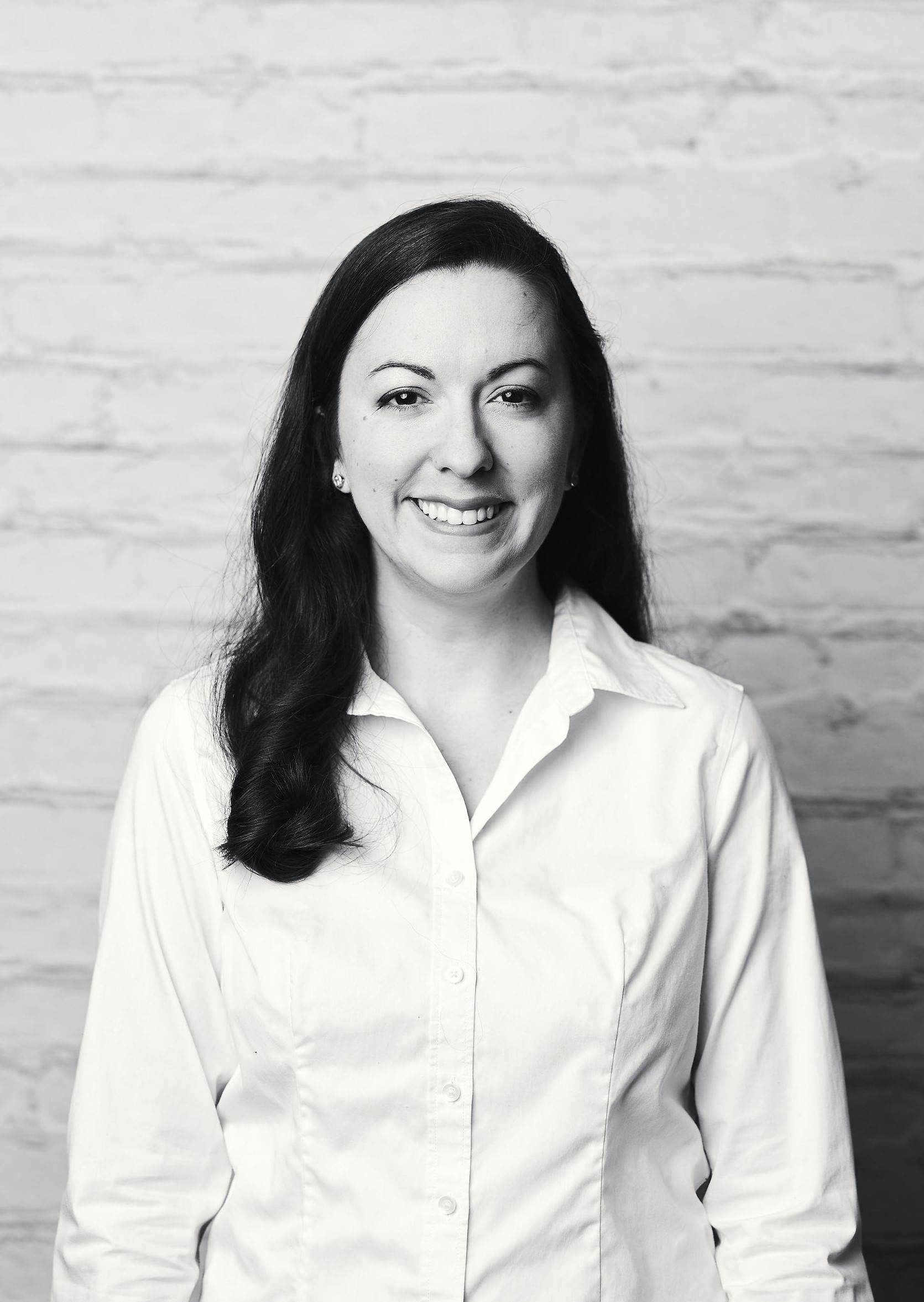 Dr. Bridget Callaway grew up in Natchez Mississippi, helping out in her dad’s dental practice. She always had a strong love of science and art, and was inspired by her dad to see how dentistry is a unique combination of both! She earned her undergraduate degree in art from Millsaps College in Jackson MS. She stayed in Jackson to graduate from the University of Mississippi School of Dentistry in 2011.

Dr. Callaway served our country as a dental officer in the U.S. Navy for 8 years. She married a Tallahassian and moved to Tallahassee in 2017. She has 3 small children and enjoys exploring beautiful Tallahassee with her family in her free time.

Dr. Callaway is committed to providing her patients a comfortable experience with state of the art, world class care. 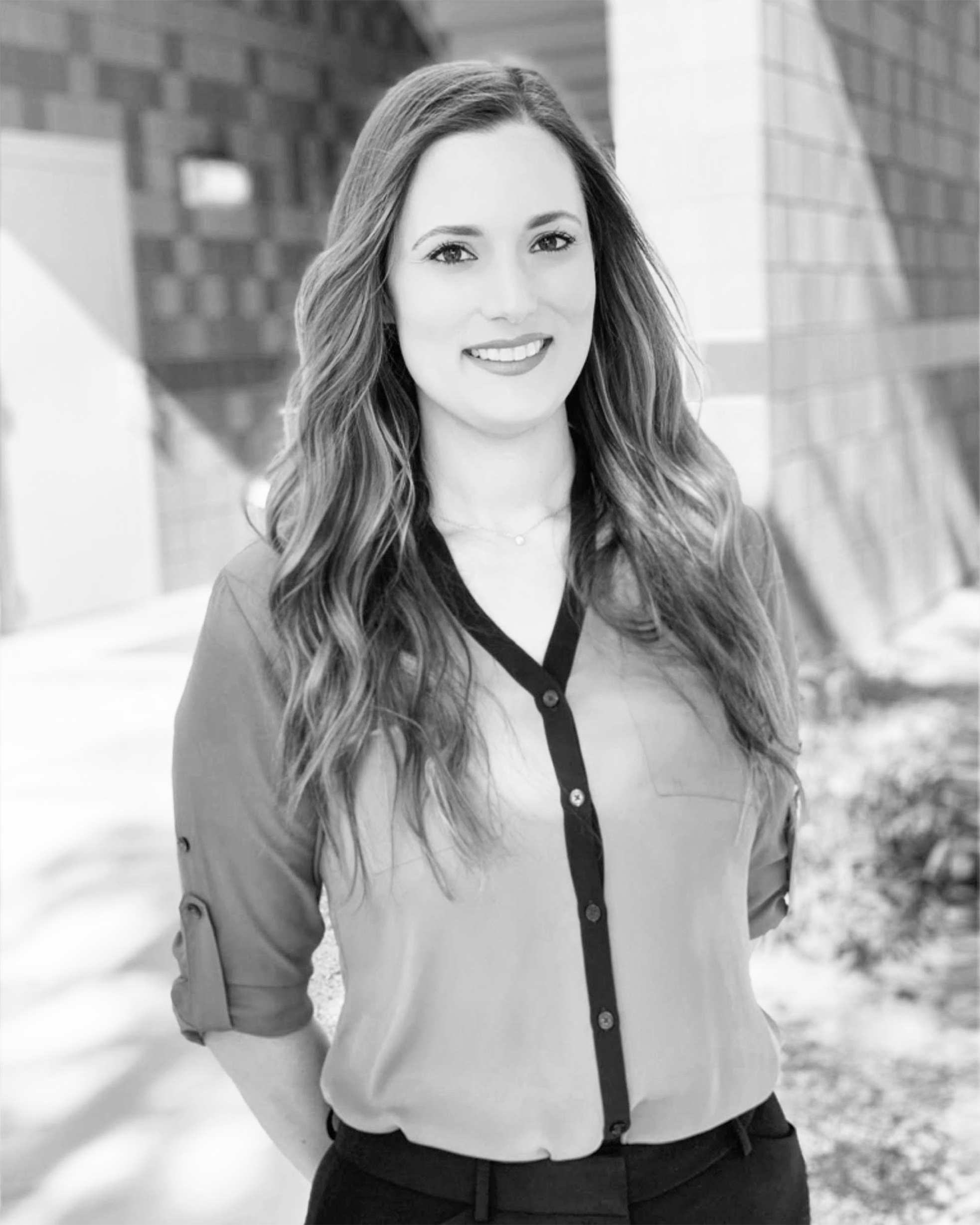 Dr. Zoë Rotella is a Florida native who grew up in West Palm Beach with her two dentist parents. She learned at a young age how important oral health was and knew she wanted to make people as healthy and happy as her parents did. Dr. Rotella went to undergrad at University of Central Florida in Orlando and then moved to Arizona to attend Midwestern University College of Dental Medicine. Her goal is to make you feel comfortable in her chair while providing you with high-quality dental care. When not in the office, Dr. Rotella loves to spend time with her fiancé Brian and their fluffy chocolate lab Teddy. She loves to travel when she has the chance and is a self-proclaimed “foodie.” She also promises to start going to Florida State games as her fiancé is a Seminole alma mater.

Together, we will develop a treatment plan to help you achieve better oral health and create a beautiful smile. Dr. Zoë Rotella

Our team loves working for Drs. Chaney, Couch & Associates. The office was built upon the building blocks of providing quality comprehensive dental care and that attracts leading professionals and team members. We enjoy working together to serve our patient family. And we serve our patients with a high level of quality care so they send their friends and family to us. Its no wonder we have double digits of 3-generations of families that we provide treatment and care for in the greater Tallahassee area. Click here to read some of our testimonials >> 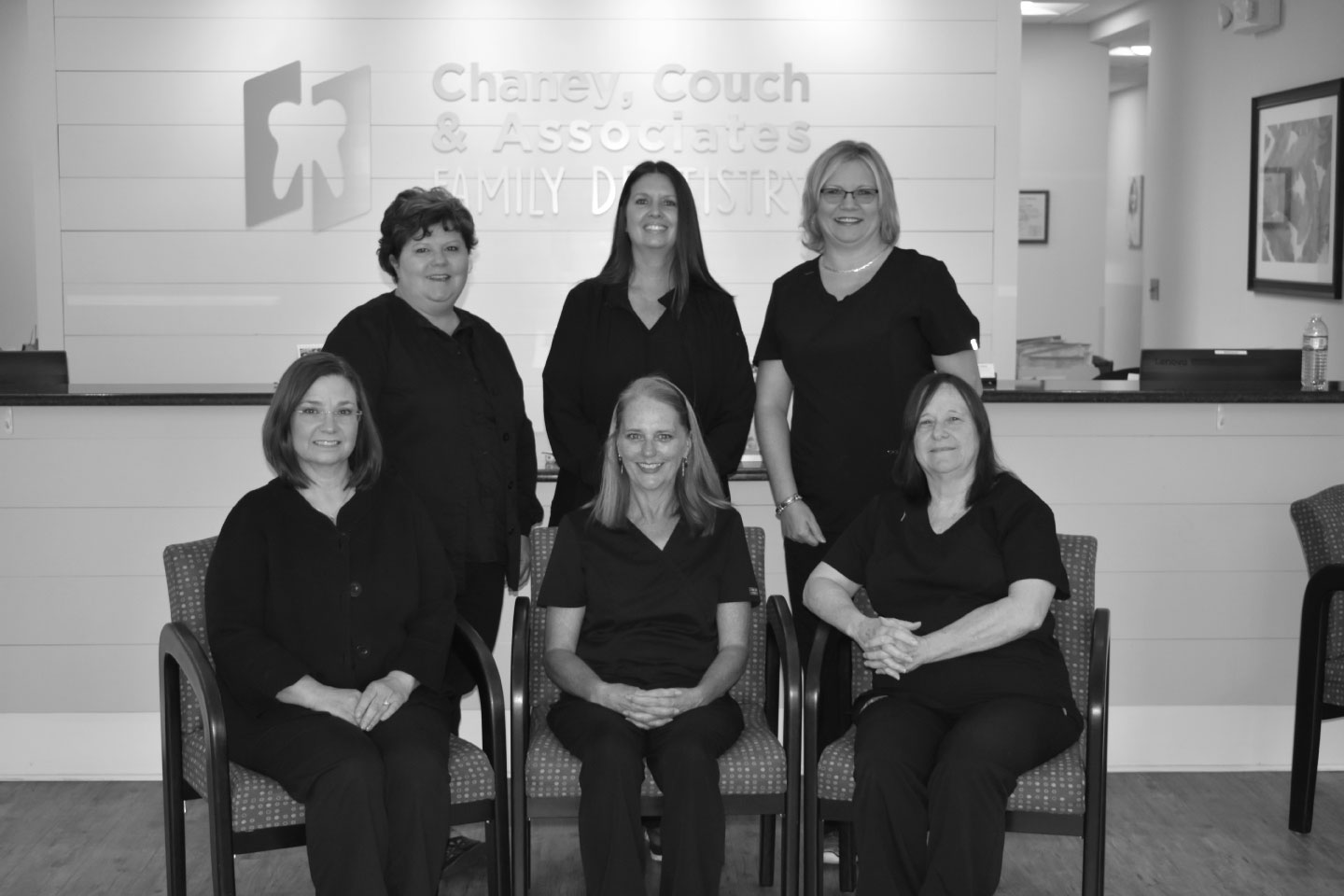 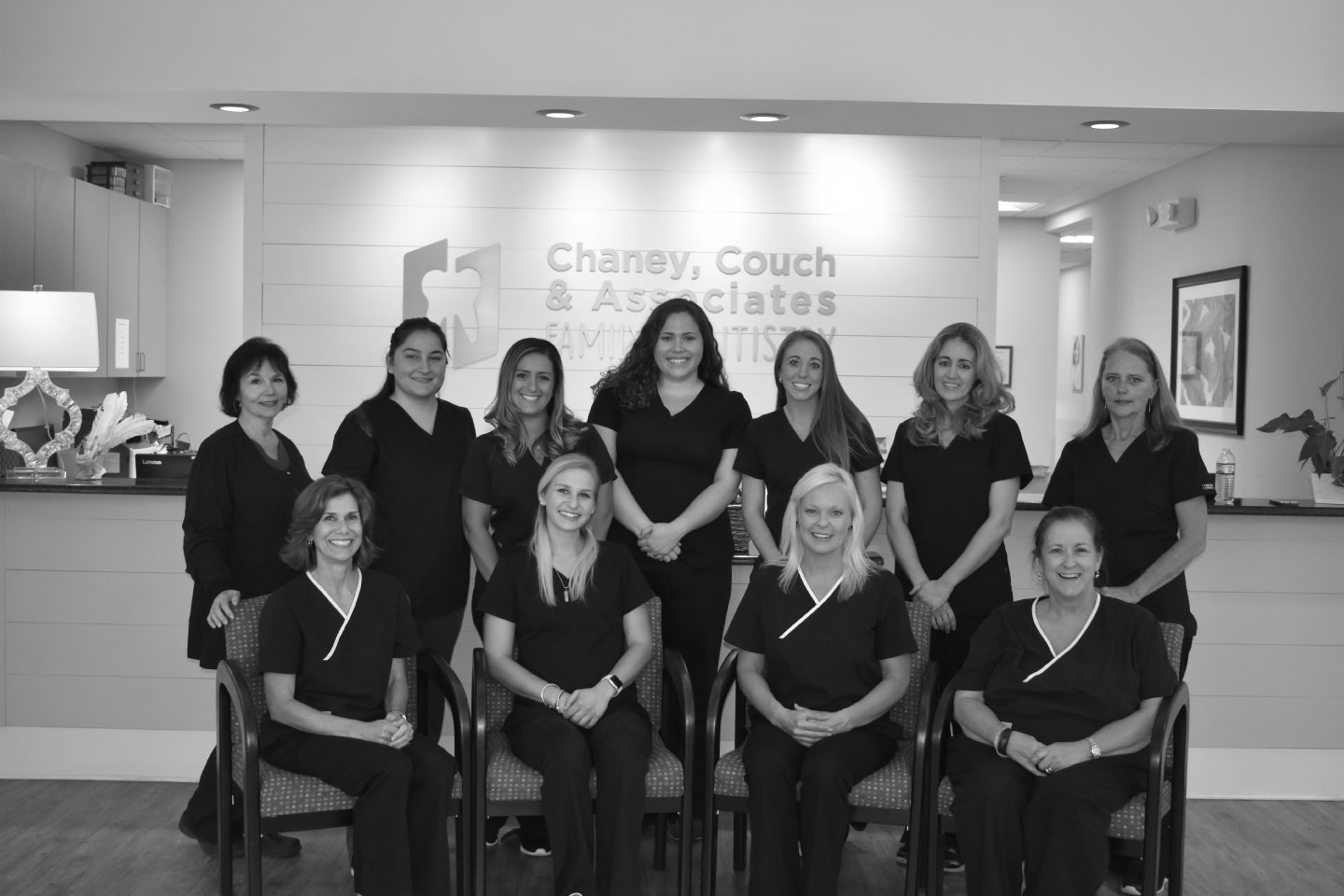 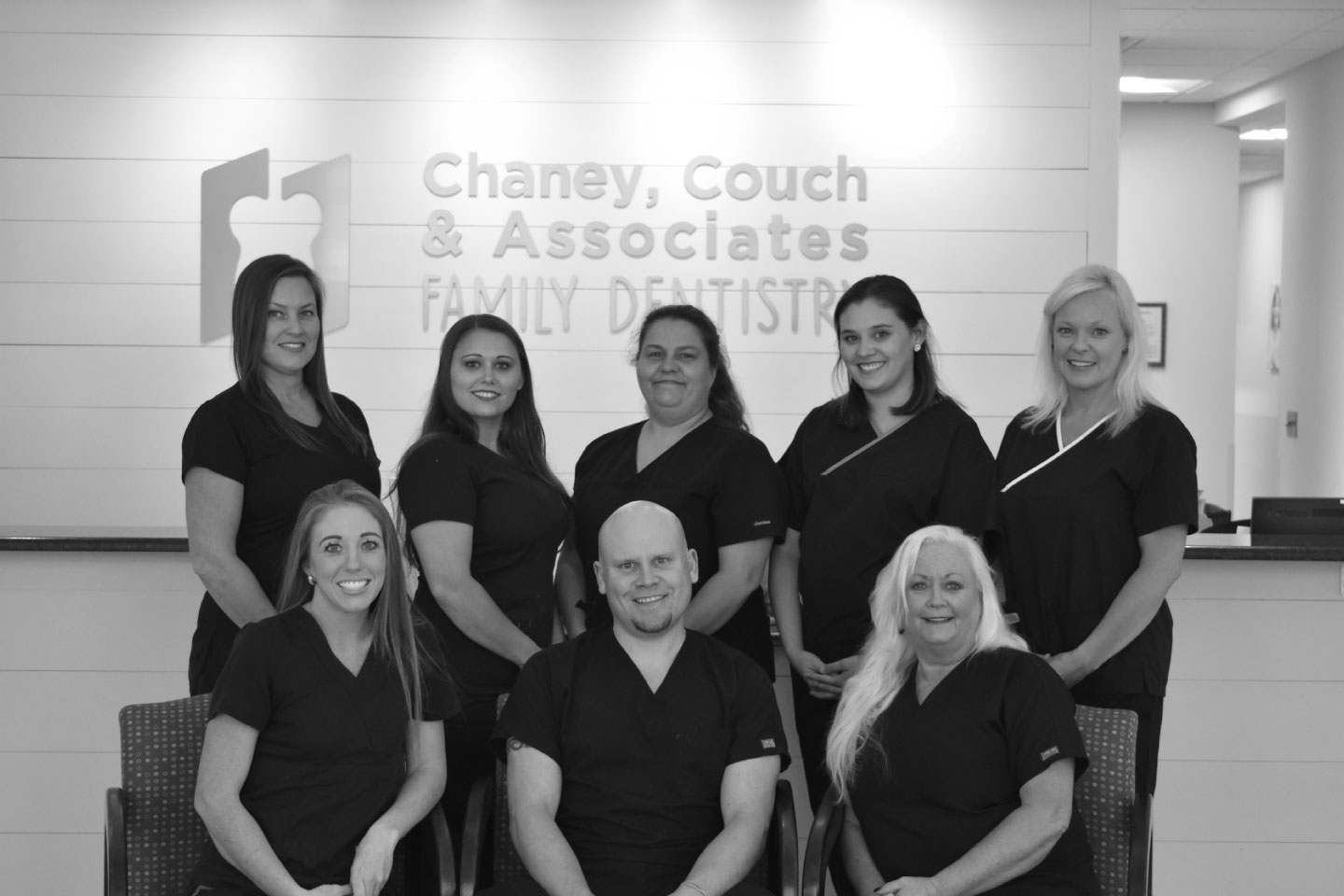 We enjoy volunteering as a team. We Care Dental Network – Making Strides Against Breast Cancer – Children’s Home Society – Treehouse – Foundation for Leon County Schools – Tallahassee Memorial HealthCare Foundation. These are a few of the many organizations our office is proud to support because giving back to the community is important to us. 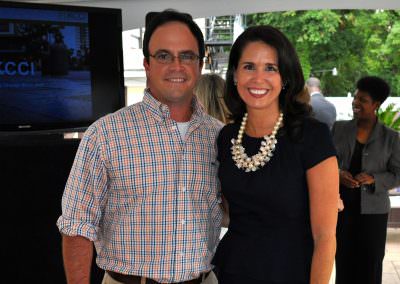 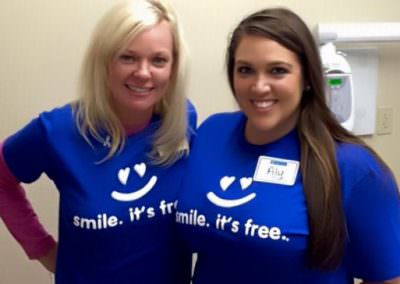 Dentistry from the Heart 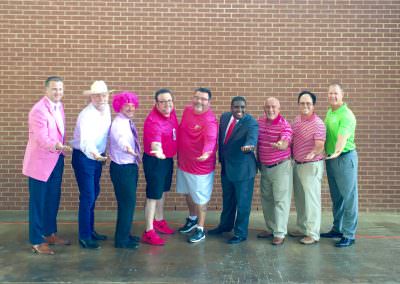 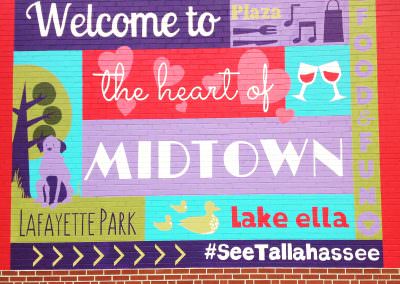 The office is proud to support local artists and creative placemaking efforts in Tallahassee. 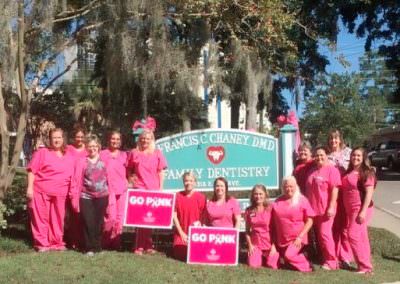 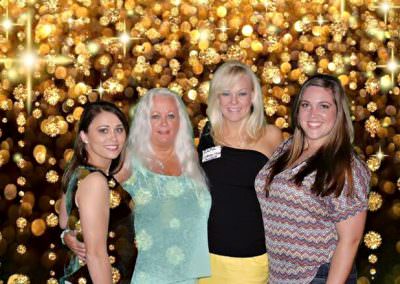 Cirque of the South